My favorite summer t.v. show is "So You Think You Can Dance." I have watched all five seasons and usually shed some tears with each episode. This year, I have been prepared and kept all of episodes because I love re-watching the couples dancing. The more I watch the show the more I fall in love with dance.

On Sunday I was watching the PBS documentary "The Mormons" and Terryl Givens, an English Professor, on the show described Mormon's relationship with dance and I was really moved by what he said. Dr. Givens expresses everything I wish I could say. Because I am a total nerd I typed out the passage and I have included it below:

“One observer visited the Saints on the prairie and he said it was one of the most haunting experiences to see the vast stretches of isolation and loneliness in the wilderness and then you would hear the soft strains of classical music coming over the hills and there would be the saints gathered round playing music and dancing.

The philosopher Nietzsche once wrote “I should never believe in a God who would not know how to dance.” And I feel the same way. There is in the Mormon faith a kind of celebration of the physical, which I think is a little bit outside of the Christian mainstream.

When the saints moved west to Utah, one observer in the 1850s noted that they had schools in most every block, but every night the schools were converted into dancing schools. He observed with some displeasure that Mormons taught their children that they should go to school, but they must go to dancing school.

I think that there is a connection between the place of dancing in Mormon history and the concept of an embodied God, because we believe that God the Father as well as Jesus Christ are physical embodied beings, that elevates the body to a heavenly status. And I think there is a kind of exuberance and celebration that is in many ways the result of that same collapse of sacred distance that was so central to Joseph Smith’s thinking.

Instead of denigrating the things of the body in order to elevate the things of the spirit Joseph always argued that it was the successful incorporation of both that culminated in a fullness of joy. And so dancing I think is in many ways just an emblem or a symbol of a kind of righteous reveling in the physical tabernacle that we believe is a stage on our way to godliness itself.”

Posted by Krista at 6:49 PM No comments:

For the last 3 months I have been looking for the link on youtube for the video of our high school teacher dance squad. We performed at the Battle of the Sexes assembly in April and I finally found the link. Enjoy the video....although the filming is a little shaky I think you can still get the gist of our performance. I am on the far right-side of the screen. 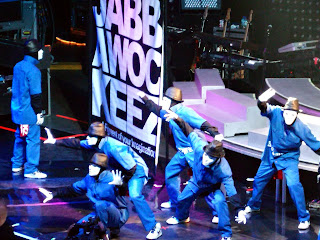 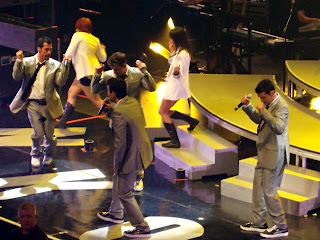 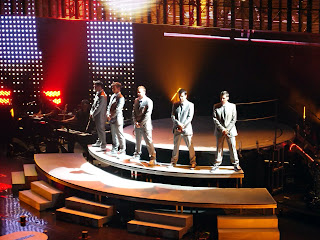 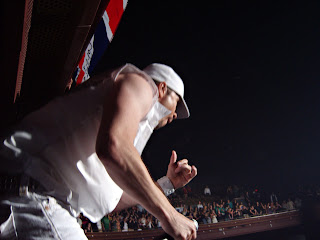 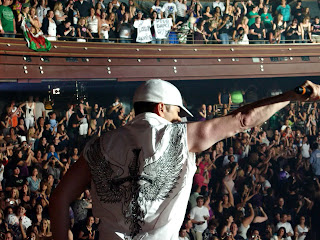 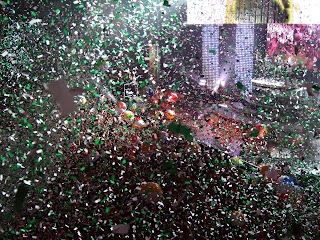 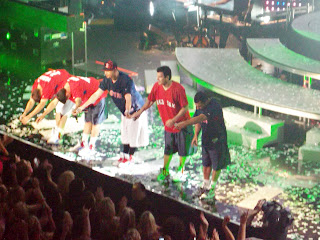 First session of summer school is officially over today and I have to say that I really enjoyed the experience. My class was small (19 students) and I decided that I was going to teach it the same way I normally teach. Initially I had workbooks and thought I would just have them spend a good deal of time completing worksheets and reading out of their textbook.

During a typical 4 1/2 hour day we would read a story or article, lecture, group project, individual assignment and then some sort of game or group activity.

The students were really successful with my lowest grade being a C. Class average was 83% which is the highest average I have ever had for a regular world history class--usually they are around 62%.

I had four students that are new to the U.S. and they are still struggling with learning the language. I was really proud of how hard they work to understand the information. One of the girls wrote on her final exam essay that she thought this was the funnest class she has ever had.
A very nice compliment.

I look forward to second session to being just as great.
Posted by Krista at 1:09 PM No comments: