Last weekend, I was able to attend my niece's graduation from Boot Camp at Fort Jackson in South Carolina. Even with all the travel hassles I had a great time with my brother and his family.

Due to a late flight, I missed my connecting flight in Atlanta. After literally running from the B Terminal to the D Terminal I arrived at the gate just after they had shut the door. They would not open them even though the plane hadn't backed out from the gate. I don't remember ever being more annoyed than I was that evening. Delta put me up in a hotel in Atlanta and I caught the first flight out the next morning.

Thursday, February 4th we were able to spend the day hanging out with Taylor on base. I have never been on a military base before and was amazed with the size and all the different things you can do. It was like a small town. All the cute military guys didn't hurt either.

Friday was the graduation and due to the rain they held it in doors. It was really moving and I felt very patriotic. I can't imagine surviving Basic Training and I was so proud of Taylor. I know Doug wouldn't admit it, but we were all a little teary by the end of the ceremony.

As I was getting ready for my return flight home, I was shocked to discover that I had booked the return flight for March 6th not February 6th. I have taken countless flights, I have never made that mistake. It was nice costly error. The only upside was I got to spend Saturday with Doug, Marnie and Scott.

As usual the best time of the weekend was just hanging out, telling stories and laughing. I can always count on my family for hearty laughter.

Here are some of my favorite photographs of the weekend. 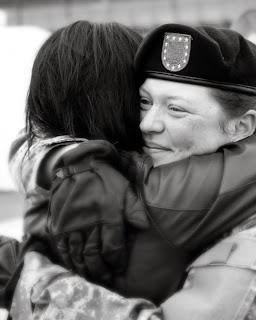 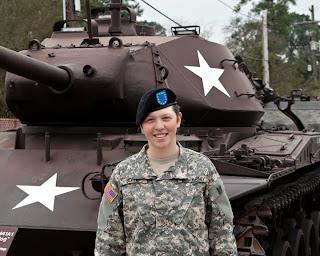 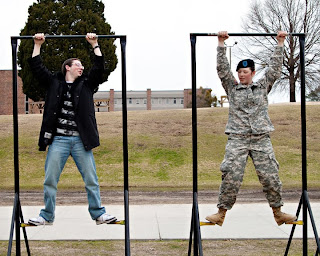 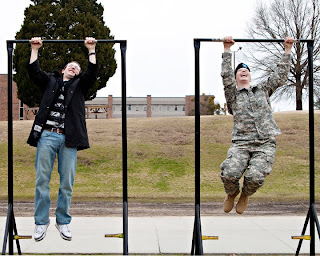 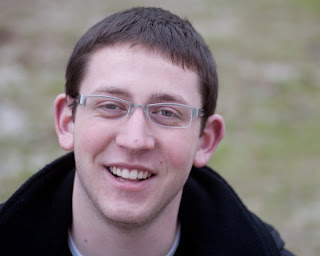 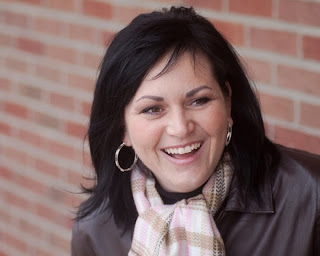 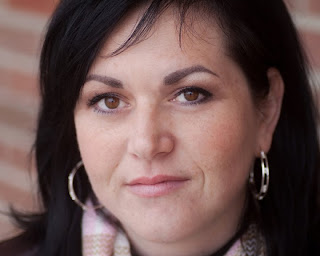 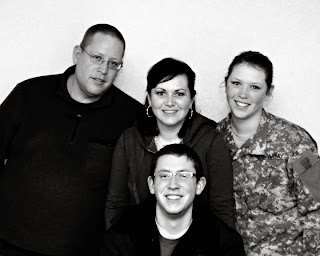 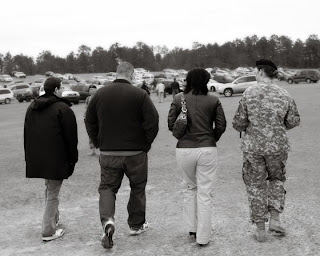