In the midst of detailing my trip to Europe this summer I though I would catch you all up with my other summer travel.

After returning from my European Adventures my connector flight out of Washington D.C. had me stopping in Dallas before heading back to Las Vegas.

I had previously made plans to visit my brother Garret and his family later in July for a week, but when I got my itinerary I figured I could save the cost of flying from Vegas to Dallas and just stop on the way home. I arrived on July 3rd and stayed until the 28th.

One of the first adventures we had upon my arrival was a trip to Six-Flags. The day was so hot and it was a little difficult to have a ton of energy in the heat, but we developed a routine and drank a ton of liquids. Andrew and Garrison didn't really like most of the rides, but we still forced them to go some of the milder ones. David built up his courage and attempted his first roller-coaster which he said "freaked him out", but I was proud that he tried. We were all pretty pooped at the end of that day.

While I was there I got to practice my "mom" skills. My sister-in-law now works nights and sleeps during the day and I was responsible for taking care of the kids during this time.

Our daily routine usually included a trip to the swimming pool, reading, video games, cooking and lots of playing. Later in the month Heidi had to go to girl's camp for a week and then I assumed the responsibility as "full-time mom." The boys seemed to adjust quickly to my style and I had a ton of fun playing with them. Although I heard more than once that I was "bossy", which always made me laugh. We had picnics, trip to the creek and of course I took a ton of pictures of them. 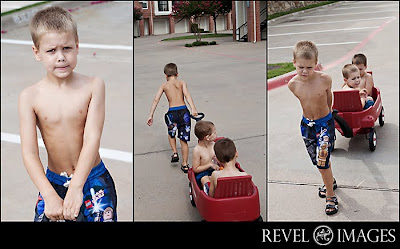 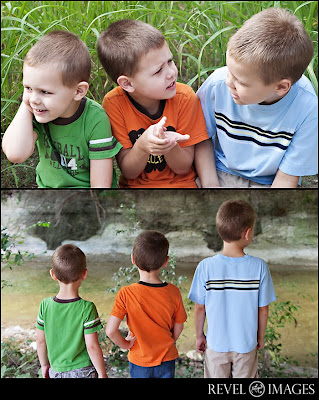 Just before I left Heidi and I had a little girl time and went to have our eyebrows threaded and dyed (a little too dark) and got pedicures. It was wonderful hanging out with Heidi, Garret and the boys and it only made me wish that I got to see them more often.

One thing I did while I was there was stock up on as many hugs and smooches I could get. It really was a great trip.

Here are some of my favorite pictures: 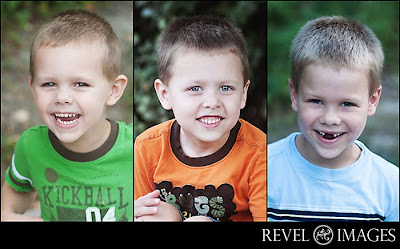 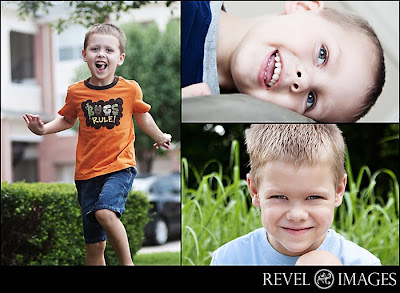 Posted by Krista at 6:35 AM No comments:

Day 4 had us leaving the beautiful area of Erfurt and heading on down the road to Berlin. Our stops on this day took us to Weimar which was the city of the first constitutional republic of Germany after World War 1, but it also famous for the famous writers Goethe and Schiller.

Given that our trip was sponsored by the Goethe-Institut we discussed Goethe extensively.

In Weimar we took a tour of the downtown and then visited the Bauhaus Museum which pays homage to the architectural design style and school that was created and operated between 1919-1933. 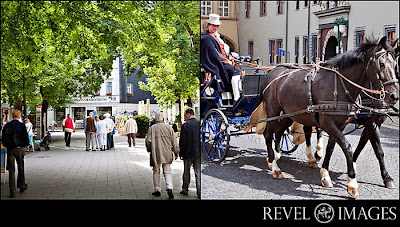 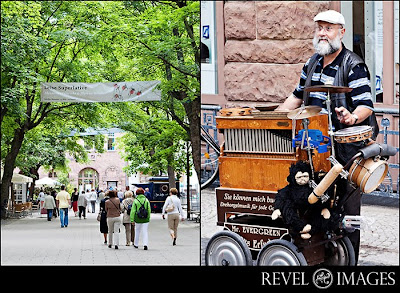 After Weimar we headed to Buchenwald Concentration camp which is only 8 miles away. Today the weather was absolutely gorgeous blue skies and lots of sun and it seemed incongruous with the subject matter. The holocaust is not a bright sunny topic and I would have preferred overcast skies to match.

I was surprised by how few buildings are standing. The only original buildings are two guard towers, the front gate of the prison section, the hospital block and the crematorium. Buchenwald was mostly used as a work camp during World War 2 and the Soviets used it from 1945-1950 as an internment camp as well. Of the over 250,000 prisoners that were held there they estimate a death toll at just over 50,000 prisoners.

It was the first camp liberated by U.S. soldiers under the occupation of Germany. We spent about 3 1/2 hours visiting the site and it was a very sombering experience. The two German guides that were with us the first week on the trip visited this site with us and it was their first experience ever visiting a concentration camp for them as well. 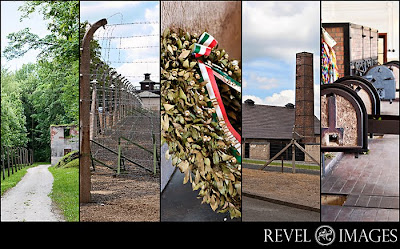 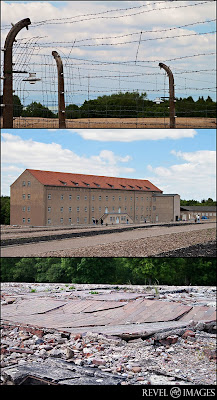