So this past week I have been trying to simplify my life, well it wasn't an easy task and I didn't get as far as I would have liked. One big problem of starting the challenge was that I failed to even look at what I had scheduled this past week and ultimately I was not successful. Here is a breakdown of what happened.
Although I wasn't able to meet all of my goals I made for last week, I did accomplish the following items (not on the list).

This new week coming is substantially less busy than last and I am looking forward to continue to work on the goals I didn't complete. Little by little everything will get done. I have to be out of my apartment at the end of the month and some of my smaller projects I would love to get finished before then, so I don't have to pack all the junk for another move.

Going through my files this week I came across a document that listed all of my life goals as they were written in 1998. It was amusing to see what I had accomplished, what I no longer desired to do or own, and what I still had on my life goals chart. I was glad to see how I had grown since then and also how similar I was to the girl who originally wrote them. I like keeping this blog for the same reason to go back and see what I was thinking and feeling years later as I am a terrible journal writer.

Here is to looking forward to another productive week!
Posted by Krista at 5:44 PM No comments:

Inspired by General Conference this weekend, I decided to put myself to a little challenge.

Starting today, I will not watch any television, see any movies, listen to any music, and only have work related access to the internet.

I want to simplify my life and cut out some of the extraneous time wasting. With all the extra time I plan on accomplishing the following things this week:

When I am traveling I have no problem not watching tv, listening to music or sufing the web; however at home I love doing those things and spend an obscene amount of time engaged in the activities. I will continue to blog this week about how I am feeling, if I am using my time wisely and how much I am able to accomplish.
Posted by Krista at 9:22 AM No comments:

The final full day in Ireland we took a drive along the Dingle Peninsula and saw some outstanding scenery. After the drive I was dropped off at a train station to catch my train back to Dublin. The next day I returned to Frankfurt and then back to the states.

I loved my visit to Ireland. The people were some of the friendliest I have had the pleasure to meet. I fell in love with their music, language and country. I can't wait to go back and visit again.

Enjoy the final pictures and thanks for sticking with me as I finally finished editing all 1500 of my summer pictures. Now my next adventure is the purchase of my first home. As soon as it is finished I will show all the pictures. 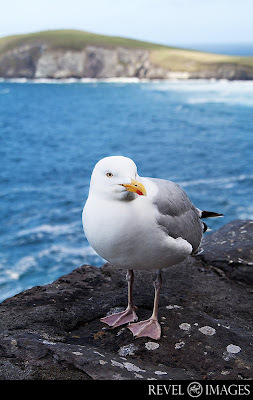 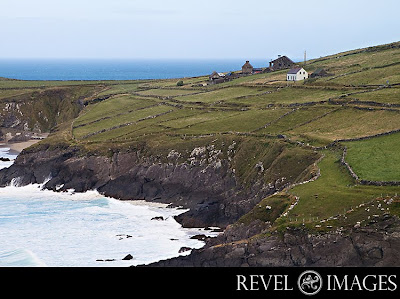 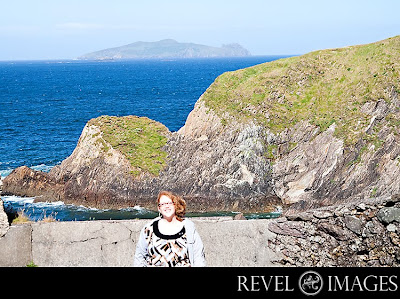 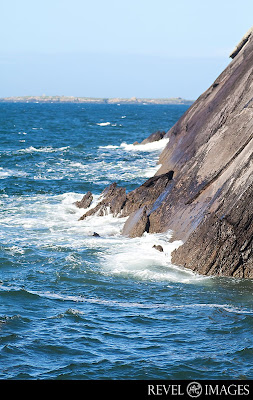 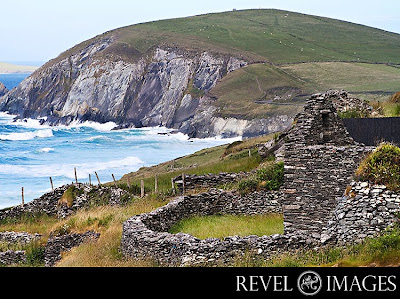 In the foreground are the ruins of a house from the potato famine in the mid-1800's. 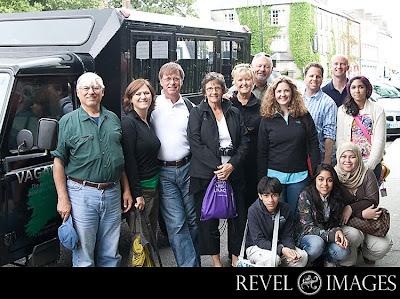 This was the most arduous day of my journey. The morning began early with a quick traditional Irish Breakfast (eggs, bacon [more like ham], sausage, beans and blood sausage).

All of us in our group decided that we would enjoy going to the Skellig islands. Our tour guide said that they don't often go to the islands because the weather is often too poor and it is not safe. There are two islands that make up the Skelligs--Little Skellig and Skellig Michael. The smaller island, Little Skellig is closed to the public and holds Ireland's largest Gannet colony with almost 30,000 pairs of birds. There are also seals and other wildlife that make their home on the island.

On the way back from Skellig Michael we drove past Little Skellig and all the white flecks in the picture are the Gannets. 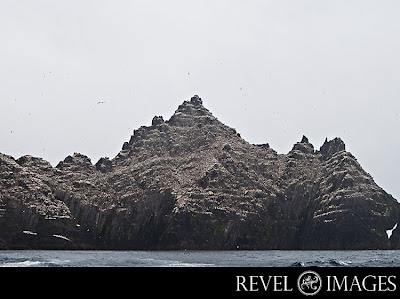 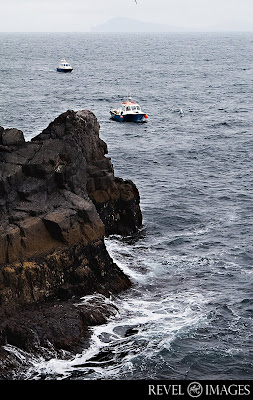 The island we visited was Skellig Michael. After a daunty, wet and nausea producing boat ride for 1 1/2 hours we finally reached the island. It was inhabited in the 7th century by Christian monks who created a monastery at the top of the island.

Due to the extreme remoteness of the island, UNESCO discourages visitors and will only allow a little 100 people to visit at one time. The monks lived in beehive huts perched on the vertical cliff walls and to reach their monastery it was a difficult climb up slate steps they had laid into the cliff. Not all of the steps are stable and with the strong wind the day we were on the island, it was a very slow climb for me. It took me about 40 minutes to reach the top. 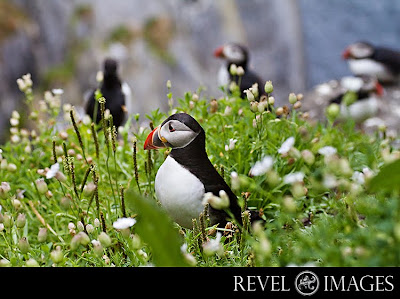 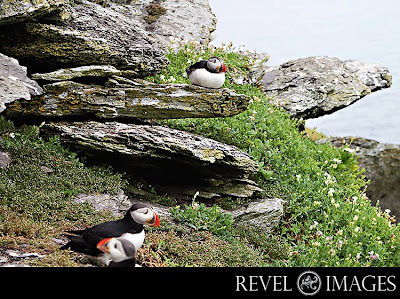 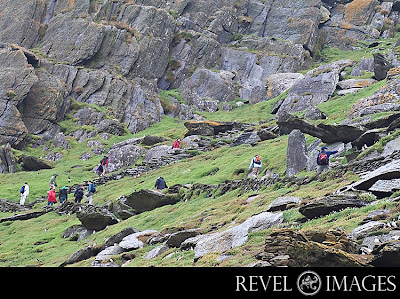 The long trek up the hill. 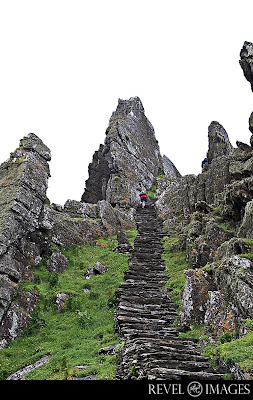 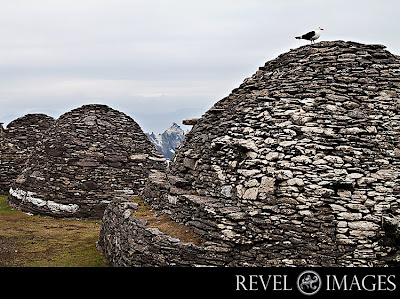 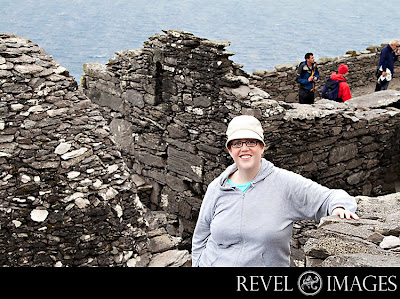 The view from Skellig Michael to Little Skellig.

After we arrived back in Portmagee from our trip to the islands we made our way to the city of Dingle. Dingle has only around 2000 inhabitants but has at least 100 bars. After such a difficult hike and a long day, I went to a nearby grocery store to pick up some food for dinner and I went to bed early.
Posted by Krista at 12:36 PM No comments: