I Love to get LOST

I am a television junkie  As a way to force myself to not spend hundreds of hours sitting and watching a bunch of shows, I recently cancelled my cable (also a great money saver).  The only downside is that I can still watch almost everything via my computer.

Recently, I just finished watching the series Lost.  With a lot of shows, I am not initially interested in watching them while they are on the air, but I get really involved when I can watch season after season on DVD.  This was the case with Lost.  With the ending of each show I go through a small mourning period.  I miss the characters, their antics, the stories and emotions the show stirs up in me.  This show was especially moving, I cried many, many tears.

What I liked best about the show was the light/dark themes and road of redemption the characters take. A group of strangers forced to band together to save themselves and flee a mysterious island.  A quick look online reveal fan site after fan site of theories and expositions about the show.  I won't get into any of that but I will close with these three quotes:


Goodbye, I will miss you! 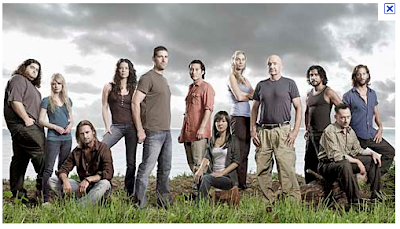